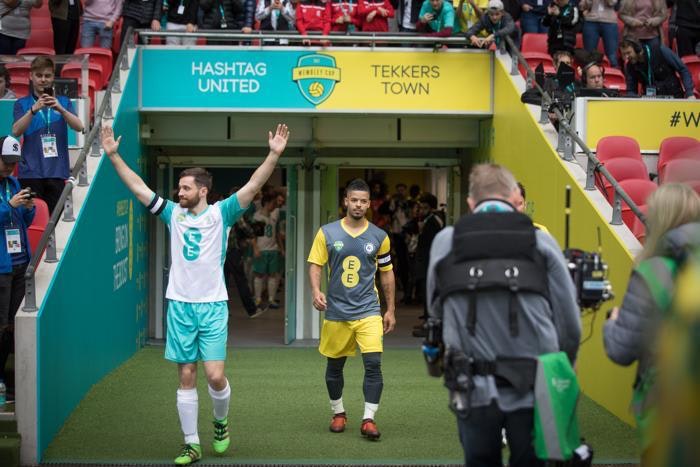 The Wembley Cup project is a marathon not a sprint. After the small matter of rounding up the YouTube stars and finding shoot dates that work for everyone, and designing the series itself, there is the Series shoot and mad crazy edit schedule. And then a break surely? Err no. Then you top it off with a full game played at Wembley Stadium in front of 34 thousand fans, with a show streamed live on Youtube for 2.5 hours. And you have all the top YouTubers including KSI and the F2 come along to play with footie legends like Steven Gerrard. Yep, that’ll finish everything off nicely. Oh and 30 million genuine views along the way. Crazy?! Yep, three years ago this was a genius unlikely idea by Nick Farnhill, Spencer Owen, and the Poke team. Now its a genuine annual event with a huge loyal audience. In the real world. Wow. Proud to have been along for the mad ride.