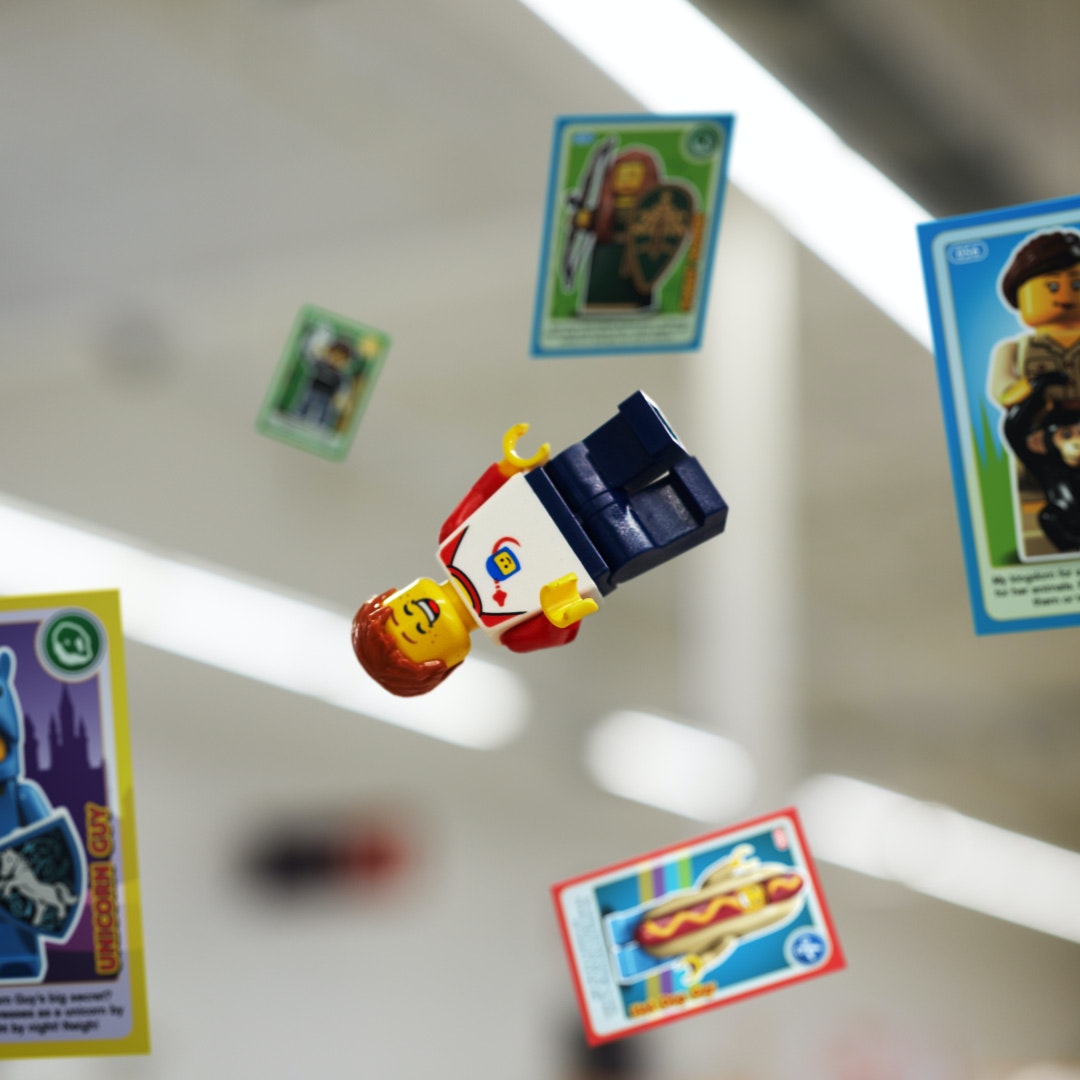 Our ten-year-old selves are looking at us in deep awe today as we are able to say we’ve made these LEGO films for Sainsbury’s. These are the projects we get really get excited about. Literally bringing LEGO to life!

WE were approached by the lovely people at Gravity Road to direct and produce 4 films for Sainsbury’s to celebrate the hugely popular release of LEGO cards this year. Everyone involved (especially us) really wanted this project to be as authentic as possible and as such, stop frame rather than CG was always going to be the major form of production. All 4 films were hand animated by us, alongside some very talented animators in one of Sainsbury’s newest stores in Tottenham in a single night. This much stop frame in one night is a tall order so planning was key. Every shot was mapped out in CG ahead of the shoot, so we could replicate the moves with minimal procrastination (something we’re prone to if we don’t keep ourselves in check). Our main objective directorially was always to inject as much fun and frenetic energy as possible into the characters. Animating Sam and Lily  with miniature rigs allowed them to run, jump and even do somersaults. After plenty of cleanup we added a dash of sound design, grade and some rather fitting music and tah dah! LEGO is real and it has adventures in Sainsbury’s!

Big thanks to @Gravity_Road for getting us involved and of course @sainsburys and @LEGO_Group . @tomhullphoto for amazing DOP skills and all the crew both on the shoot and in post. You all made a great project, really good fun too!