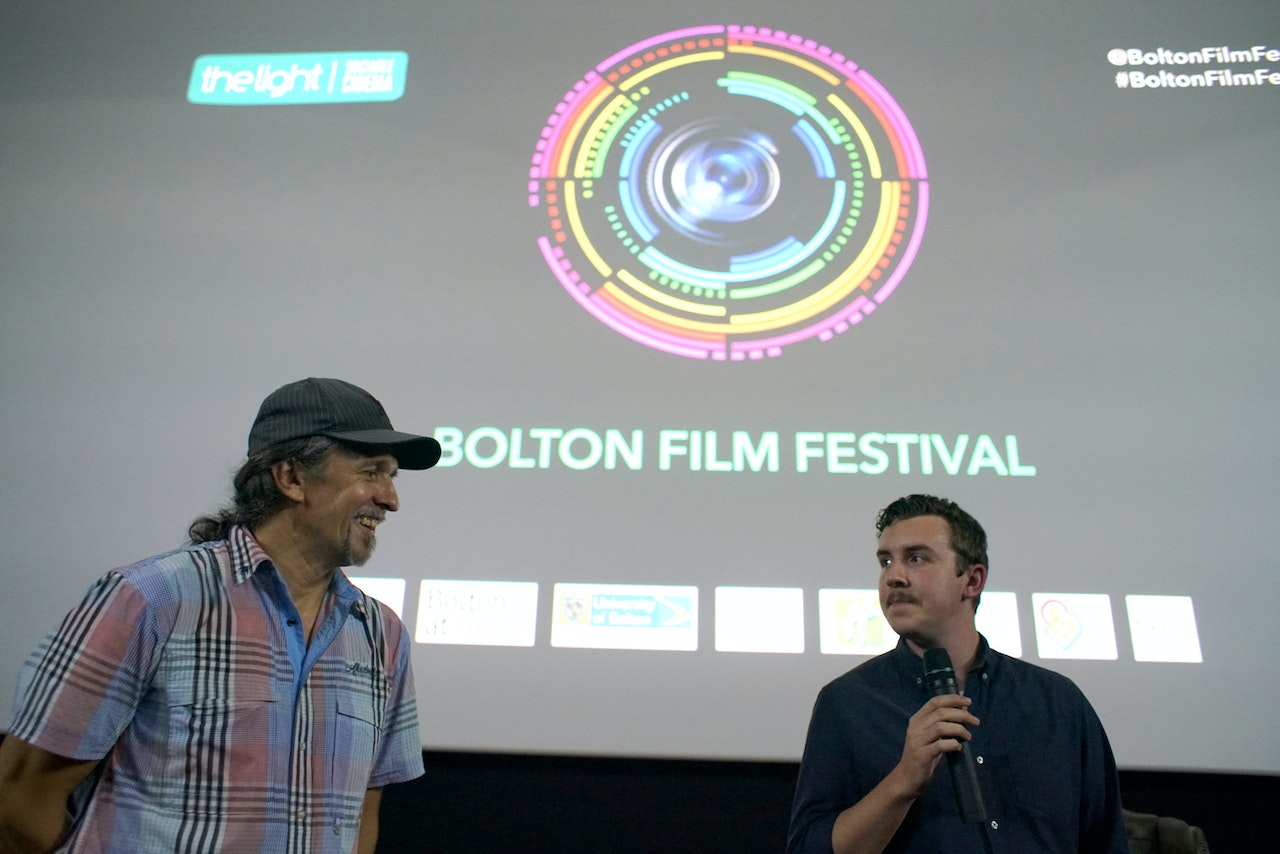 I first met Aaron at Aesthetica over a beer in 2017. He told me about his approach with street casting, improvisation and using real community homes as his locations and I remember thinking "if this lads films are half as good as they sound he will be going far". After the festival I checked out his previous films "Throw me to the dogs" and "Strays" and I wasn't disappointed. I wrote to him immediately with my positive feedback and asked him to keep in touch as Bolton and Blackburn are just a few miles apart. A few months passed before he sent me an invite to a screening of his next film "Landsharks" in Blackburn. I went across to show some him some support but mainly because I had a hunch the film would be something really special and a film I'd want to get my hands on. The screening was ram packed with the community - all the young actors, their families and all the crew were there - not your typical film buffs - it looked like someone had picked up a council estate and put them in a cinema. As soon as the film started it reminded me of a Shane Meadows or Ken Loach production, quite raw at times but full of energy and a realism that can only be found with untrained actors and authentic locations. I loved the understated sense of humour that comes in to play at times in the film, the crying babies, the kids in their latest street label track suits chasing up the loanshark debts and the seeming naivety of the young victim they lure into borrowing money. The film is engrossing, surprising and full of tension - it seems effortless at times and I told Aaron after the screening it was sure to be huge success on the festival circuit. Aaron was modest, he wasn't aware of how good his film was at that time and shrugged it off - he joked with the me and the audience "I'm sorry it's in black in white, we couldn't afford colour."

We have a "Community/Charity" strand which is FREE to enter at Bolton International Film Festival and that's how "Landsharks" came into the festival. Aaron was unsure about the rules and rang me up asking me "Does it qualify?" It was funded by StopLoanSharks and a couple of housing organisations and it was pretty much entirely community orientated so I replied "Of course it qualifies". Any film at BIFF can win the festival, whether it's a community film, a student film, a kickstarter or a BFI or Creative England film. We screen the full spectrum at Bolton, our only remit is that we don't sacrifice our quality and standard on screen. A film can be elevated up through the strands and "Landsharks" immediately struck a chord with the jurors going on to win the North West strand. What Aaron doesn't know is it came in second place for Best UK short and in the top three for "The Grand Jury Prize". It's a superb film that represents everything we're trying to do here at Bolton Film Festival. After seeing the film I invited Arron to do a Q&A alongside Colin O'Toole who won last years BAFTA short with "Cowboy Dave" in a session called "Made up North". The pair of film-makers demonstrate the ethos of the festival and our patron Maxine Peake - that "anything is possible if you believe it, so go out and follow your dreams". I'm proud to see Aaron doing so well, picking up "Best UK short" at Raindance the day after Bolton came as no surprise to me - the film is amazing and he's oozing with talent. Last year I said the same thing about "The Silent Child" which later went on to win an Oscar, mark my words this is just the beginning for this rising star - the hottest talent in the North West and arguably the UK. #OneToWatch